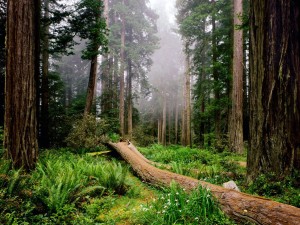 THE GOOD TIMBER
by Douglas Malloch
The tree that never had to fight
For sun and sky and air and light,
But stood out in the open plain
And always got its share of rain,
Never became a forest king
But lived and died a scrubby thing.
The man who never had to toil…
To gain and farm his patch of soil,
Who never had to win his share
Of sun and sky and light and air,
Never became a manly man
But lived and died as he began.
Good timber does not grow with ease:
The stronger wind, the stronger trees;
The further sky, the greater length;
The more the storm, the more the strength.
By sun and cold, by rain and snow,
In trees and men good timbers grow.
Where thickest lies the forest growth,
We find the patriarchs of both.
And they hold counsel with the stars
Whose broken branches show the scars
Of many winds and much of strife.
This is the common law of life.
Be the Best of Whatever You Are
If you can’t be a pine on the top of the hill,
Be a scrub in the valley — but be
The best little scrub by the side of the hill;
Be a bush if you can’t be a tree.
If you can’t be a bush be a bit of the grass,
And some highway happier make;
If you can’t be a muskie then just be a bass
But the liveliest bass in the lake!
We can’t all be captains, we’ve got to be crew,
There’s something for all of us here,
There’s big work to do, and there’s lesser to do,
And the task you must do is the near.
If you can’t be a highway then just be a trail,
If you can’t be the sun be a star;
It isn’t by size that you win or you fail
Be the best of whatever you are!
PrevPreviousGreat song! Angel Bones
NextFunny Facebook Friends Song – Studio CNext
Share on facebook
Share on Facebook
Share on twitter
Share on Twitter
Share on linkedin
Share on Linkdin
Share on pinterest
Share on Pinterest